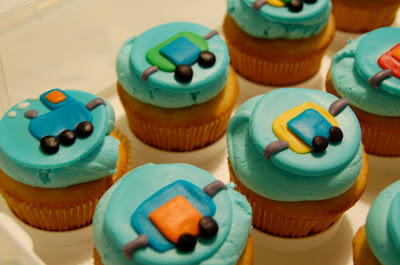 Here are some train cupcakes I made over the summer for a friend's son's 5th birthday. These consisted of yellow cake, traditional buttercream frosting and custom fondant decorations. Overall, I think they turned out OK, but they weren't exactly as I had hoped. I debated posting these but I thought they might still be helpful for anyone looking for train themed cupcakes. There really aren't many out there that aren't Thomas themed.

While I didn't love these, my friend was so gracious and said they enjoyed the cupcakes. 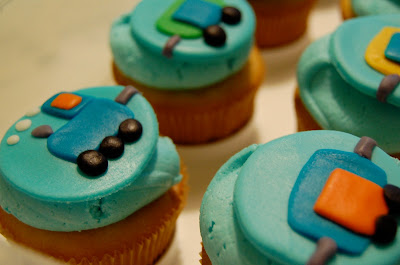 So, what went wrong? Well, let's start with the color. I had wanted these to be a bit more primary than they turned out. I had also imagined better looking trains on the fondant circles. However, I had to really simplify the design to have them fit on the circles.

The frosting was my least favorite part. I had wanted to use a swiss meringue but since it was for a child's party, I worried about allergies and decided to go with a traditional buttercream. I made the frosting a bit too stiff and it didn't pipe nicely as a result :( 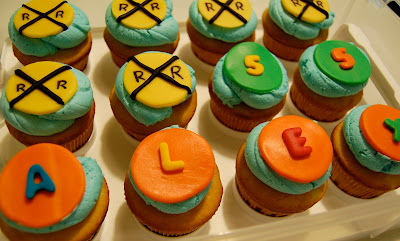 Though I wasn't crazy about my train, I did really like my railroad crossing signs. 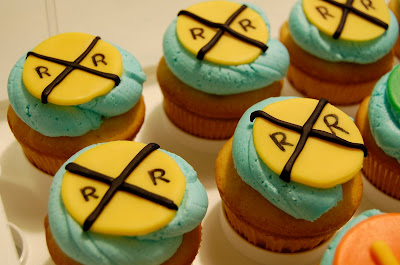