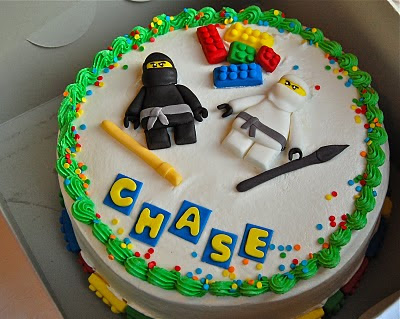 Just wanted to share this Lego Ninja cake I made for a birthday last week. The cake was chocolate and the frosting classic vanilla buttercream. 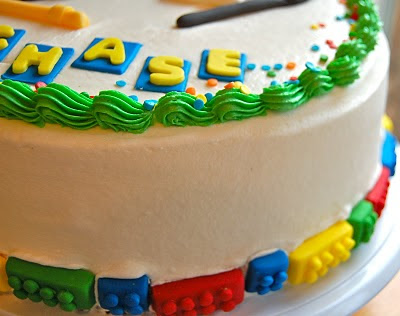 The edible Legos were made of fondant and I used most of them to border the bottom of the cake.

I also made the edible Lego ninjas for the top of the cake. I had originally wanted to do an entire Lego ninja scene on top but realized that my decorating abilities are not quite at that level yet and decided to keep it simple. 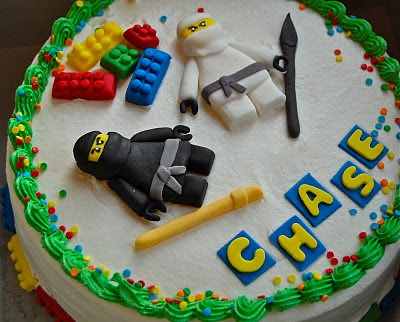 Overall, I was pretty happy with how it turned out. A few days later, I got a note saying that the birthday boy loved it...which totally made my day.
Posted by Maria at 5:12 PM